Divination is a tool that's been used by kings and paupers alike, from pre-recorded history to, yes, even today. Generally speaking, divination uses a pattern of archetypes which reveal different aspects of the self (and the development of the self) which lie within all of human experience. Carl Jung called this "the collective subconscious". A group of these archetypes are then objectively selected for an individual, and these archetypes and patterns they create allow for an individual interpretation - i.e. reading.

Casting chicken bones; reading palm lines; allowing one's Bible to randomly fall open and blindly choosing a passage on which to meditate; these are all examples of divination. The result is an objectively, externally selected set of archetypes / patterns which can reveal key insights relevant to our past, present, or future behavior and situations.

In ancient times, priests were deeply studied mathematicians who calculated precise maps of the stars and planets at key dates, allowing them to reveal the celestial energetic influences as they pertained to events on Earth. Today, we call this "astrology".

Celtic Kings, in antiquity, were bound to listen to their Bards, who were not only the keepers of their peoples' history and culture, but also of medicine, biology, mathematics, physics, and astronomy. It's this knowledge which raised megalithic stone machines and planted groves to bring prosperity to kingdoms, and which predicted the rise and fall of ages and empires. And it's the remnants of this ancient knowledge from which our modern forms of divination have arisen.

The kind of divination I practice

I like patterns. I like finding patterns in the world around me, and I like finding patterns in people and the energies which motivate them. That, more than anything else, is what I do: I help people find patterns in their beliefs, behaviors, and the energies which motivate them, so they can more clearly understand themselves and what's influencing them. What people decide to do with this information, and how to proceed, is entirely up to them. In my view, the process is really quite practical. It's more like calculating an algorithm than telling someone's fortune.

In this way, you could say I'm more of a coach than a traditional reader.

I do have a certain amount of mental and emotional intelligence and empathetic intuition which I bring to readings. I'm a Moon-on-Ascending INFJ, and I'm a keenly observant interviewer. But I make no claims to using any psychic powers in my readings. I simply tell you what the cards/symbols mean, what their placements/alignments mean, and different ways this could relate to you based on what you're expressing to me.

The divination tools I use are primarily tarot and oracle cards, rune casting (Norse and Ogham), geomancy, and astrology. These tools, based to varying degrees in sophisticated mathematical and biological principles, are what I call a "mirror". They provide the insights on your question or situation, and they reflect whatever energies you've put into them - not my subjective opinion. I merely tell you what the symbols mean, and what the patterns between them could indicate.

I tend to think of tarot and other forms of divination as a form of self-guided therapy, without the power dynamic of a therapist. It's the tools themselves which reveal aspects of yourself and your journey to you, not me - the reader. I'm simply the interpreter of the signs, not of their meaning. What the signs mean, to you, is your journey of discovery.

Uses the Western Zodiac and Hermetic archetypes as a template for 78 cards, including four suits of 14 cards, or minor arcana, and 22 major arcana. Names of major arcana cards like "The Devil" and "Death" and "The Empress" often cast an ominous impression to more conservative Western cultures. But once we learn the archetypes represented in these cards, we come to understand that none of them are "good" or "bad" in the traditional sense, but rather that each archetype reveals the potential for good, bad, or in between, depending on the situation and our perspective. There are many variations on the traditional "Rider-Waite" tarot deck which use different names. I personally prefer the Wildwood Tarot deck, which is more Earth-based, and suits me better than the traditional, more Hermetically-oriented decks.

Are very similar to tarot decks, but are based on a pattern other than the Western Zodiac. The Celtic Book of the Dead, for example, uses the sacred geometry of the Voyage of Maelduin, an ancient Welsh legend similar to Odysseys' great journey in the Illiad. 33 core cards represent the 33 islands to which Maelduin and his crew traveled. This deck is my personal favorite - although the journey can be more lengthy, and certainly appeals more to those who like mythological archetypes.

Examines the Zodiac wheel, which is the circular configuration of astronomical constellations that appear to rotate around the night sky throughout the calendar year, and which has been used by peoples throughout the world since the dawn of civilization. It also examines how planetary alignments within the Zodiac can influence people and events with different types of energy. Natal chart reading is what most people are familiar with, and can provide amazing insights into the nuances of one's personality and motivations. But this is only one type of reading. An astrological chart of a particular past or future date can be read for many purposes. If a project team wanted to know what kind of atmosphere they'd be walking into in a critical upcoming meeting with investors, for example.

A practice resurrected from the shreds of antiquity by scholars like former American Archdruid John Michael Greer and the works of Celtic mystics before him. Based heavily in sacred geometry, geomancy is the original binary code. A set of sixteen geomantic signs express all possible combinations of the four elements, with their Welsh names and archetypes providing further context for meaning. Four two-sided die, or "staves", are cast to create a geomantic sign. A full geomantic reading is done through a combination of casting the staves and calculating symbols based upon those already cast. This divination method definitely appeals to the more left-brained  / mathematically inclined, and unlike tarot, the signs can be quite blunt in their conclusions.

In Norse mythology, the "Elder Futhark," aka ancient Norse alphabet, is credited as being humans' first written language, obtained by the god Odin at great sacrifice to himself. In Celtic mythology, Ogham is the first written language introduced to humans by the Danaan god Oghma, keeper of wisdom, poetry, and light. Neither Ogham or the Elder Futhark runes are mere alphabets; they're sets of archetypes which contain worlds of meaning each in themselves, and in their relation to each other.  Ogham runes - my personal preference, being of exceedingly Irish ancestry myself - are each associated with a type of tree, and express an extra layer of meaning through that tree's biological behavior and how it interacts with its surrounding ecology.

Tarot and divination...consulting? For business?

Let's be honest for a moment: businesses often use far less objective methods for managing teams and making critical decisions than the types of divination I describe here, don't they?

As a reader, I don't claim to offer any quantitative guidance whatsoever. Tarot and divination are for qualitative guidance. In business, this works great for team building, team management, and project or decision troubleshooting.

Just as individuals often hit a wall with even the best talk therapists, organizational teams can hit a wall with the best personality assessments, team building exercises, and EOS bootcamps. Not everything is a nail. Some situations require more creative tools.

DISC profiles, for example, only give teams four different personality types to help explain one another's strengths, weaknesses, and personality traits. Myers-Briggs has 16. But the number of possible variations of one's astrological natal chart are mathematically limitless.

Similarly, due diligence can assess all the tangible assets of a potential investment, but it can't explain why your leadership team is hesitating despite all green lights, or why they're ignoring red flags. This is where divination tools excel.

Divination tools can help organizational teams and businesses in the same ways they can help individuals. Whether it's a simple team building exercise of becoming more familiar with one another's planetary Zodiac alignments, or gleaning insights into a business decision beyond formal due diligence, divination tools can be a mirror which helps organizational leaders and their teams see issues more clearly.

What I don't do

I'm not a medium. I make no claims to using psychic powers. I don't tell fortunes, commune with the dead, predict the future, or cast spells or hexes.

Not for commission, anyway. 😉

I may offer a prayer of blessing or smudge some chakras, if the situation calls for it. But quick fix spells are right out, and I literally do not own a crystal ball.

Why do you practice tarot and divination, Marjorie?

One day, many years ago, my partner said silently to himself: "I want to see a fox in the wild." The next day, he saw an ad for the Wildwood Tarot deck, featuring a card with a beautiful red fox. He bought it, and showed it to me. I've been tinkering with different forms of divination ever since.

For me, divination tools like tarot, geomancy, and the Zodiac satisfy my insatiable thirst for finding fractal patterns in the Universe. They also provide, in my admittedly odd view, what I consider to be honest, objective data points which come from neither a biased external "expert opinion" or from biased self reporting.

I used Myers-Briggs in the workplace and in the classroom for years before I began learning divination tools. While they each have their place, my experience working with both indicates that astrology and other divination can reveal a much more useful level of depth and personal resonance. It's the "Eureka!" to a personality assessment's "Huh. Interesting."

In becoming familiar with the patterns and archetypes of the elements, the Zodiac, geomancy, and tarot, I better understand the cycles of human development, and the simultaneous uniqueness and universality of the trials and cycles we face.

I do have my own evolving set of beliefs and spiritual practices, as we all do. My own practices are a mosaic of bits I've gleaned from Hindu, gnostic, Christian, Druidic, New Age, Anishinaabek, Wiccan, and many other practices. Yet none of these labels define me or my practices.

And, more importantly, my divination services are spiritually agnostic. They're not about me asserting my spiritual beliefs onto others; they're about creating space for others to gain new objective insights in as spiritual or pragmatic a manner as they prefer.

What I love about practicing divination for other people is watching the clarity it so often brings. Sometimes inspiration, sometimes an emotional release, sometimes wisdom to make a decision. Sometimes simply clarity about oneself. It feels like watching people therapise themselves, and it's beautiful. 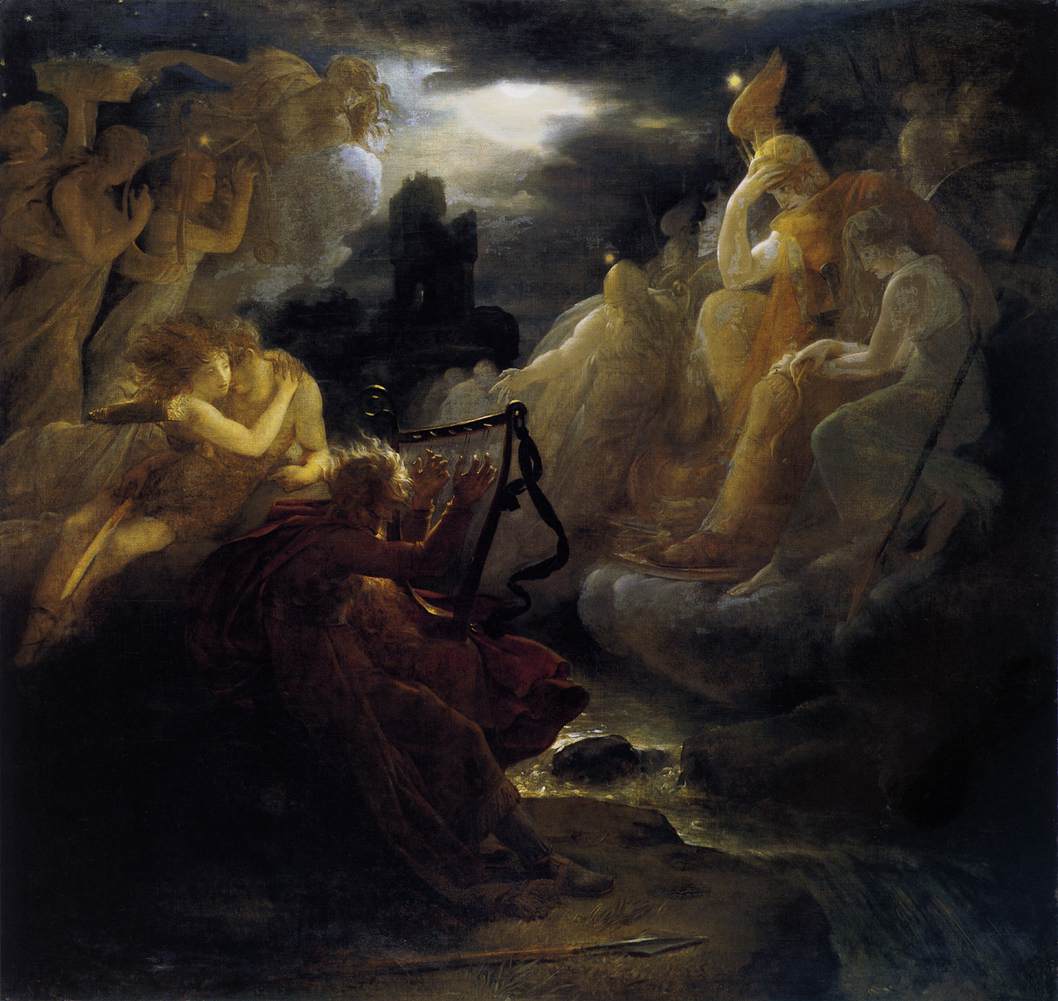